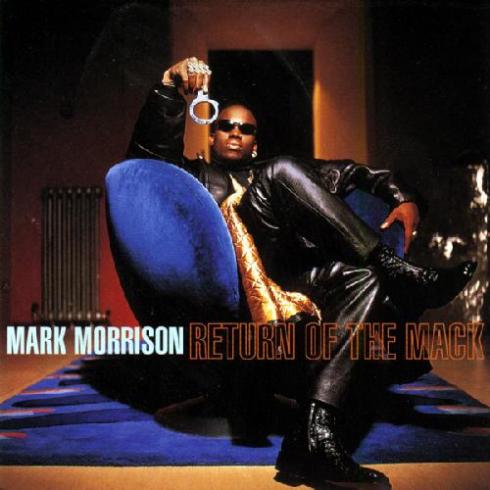 Happy New Year! Ok yeah I know I posted over a month ago saying that I was going to blog, but stuff happens. Like Netflix. Netflix is like a super sexy yet overly obtuse spouse. Pleasing to the eyes but you lose brain cells in their presence. Eh, let me not speak ill of Netflix. They have documentaries. And of course that’s my source for free Korean lessons (subtitles free with a $10 purchase). So as you can see, I have a good reason for procrastina… I mean waiting to post. Let’s just move forward. We’ll be a dream team in 2014. I’ve been waiting MONTHS to use a church slogan. Flow with it.

Anyway, I’ve been thinking about what to post for a while now. If I’m going to spend hours critiquing myself, I better like what I’ve written. No particular topic has stuck so whatever comes to mind is what we’ll have. Not one of you should write in the comment section about this post not possessing a specific theme because I’m warning you now about how incoherent it may become. If you are presumptuous enough to still comment on the lack of rhythm, be aware that during my sabbatical I trained in the martial arts. I am willing to use my body as a weapon. Jillian Michael’s Beginner Yoga has made me into the expert I am today. Words like “magnum” and “arms of steel” are frequently used to describe me. Granted, I am the only one using these terms, but it still counts. President Obama said that my vote always counts.

Well, there are some things that I plan to change this year. I think it’ll work because I started before resolution time. I’ve been exercising. Dancing gives me life indeed. I used to dance when I was younger, but I quit because I cared a lot of what others thought. Back in December I did a solo dance to Breath of Heaven by Amy Grant. It was my first time dancing alone. I still haven’t seen the video of the performance, but it felt good to be that free. Not saying that it was perfect. I was supposed to be dressed like a 14 year old Jewish girl. For the most part it was ok, but 1/4 of the way during the dance my scarf slid down, exposing my not combed hair. Pretty sure that took something away from the desperation of Mary’s prayer. At least I didn’t dance out of my clothes altogether like King David did. The congregation would have been shocked. I wasn’t wearing my good drawls. It makes a difference. All in all, dance is bringing the change I always knew it would. I was afraid to do it because I was afraid to change. Changing for the better can also be scary. If you know better, you are expected to do better. If I danced and lost weight, my most challenging feat, it meant that I could never make an excuse for not succeeding in other areas as well. Hiding in plain sight is my forte. Guess I have to let that go.

On a lighter note, I’m still single lol. Recently I realised that this doesn’t bother me. My singleness bothers others so I play the part. I’m so convincing that I’ve started to believe that I’m ready to turn in my singleness card. Crying while reading love stories and everything. Then it dawned on me that this only happens ever so often. It wasn’t my heart crying out; it was my misguided hormones. The truth is I am selfish. I want to move around, see the world, feed the hungry. You know, all the stuff you’d seen on a UNICEF commercial. Not long ago a non-Christian friend asked why hadn’t I tried to be a missionary yet. Yeah….about that, sir. Topic of a whole other conversation. The point I’m making is when I think about being in a relationship I automatically think about marriage. Marriage makes me think about mortgages and lawns to cut and family trips to Costco to buy in bulk. This leads to my bronchial tubes restricting. That’s never a good sign. Toting a family around just seems so burdensome. I don’t WANT a minivan, Jesus! I have a seething disdain for the minivan. DJ Jazzy Jess says that she doesn’t think that the domestic life will never be for me though. It’s just now I desire to roam the earth. Once I have a few more adventures under my belt I’ll be ready to settle down. But not before I see Parliament in London or frolic in Tuscany.

Even still, I am enjoying these random “romantic” encounters I’ve had lately. They are WEIRD, but make great stories. There are 2 worth mentioning. The first is back in the gap (read: about 2 months ago) when I was hanging with my homies in East Austin. A gentleman sitting at a bus stop (not to be mistaken with actually waiting for a bus) waves fervently as we cruise by. I had a sneaky suspicion he thought I was cute because his eyes almost fell out of his head when we finally walked by. He had an intense admiration for the luscious locks I was rockin’. I was quick to let him know that I bought my hair at a shop near 290 and I-35 and Jess turned me into Black Goldilocks. Probably you shouldn’t fall in love with someone’s weave. Anyway, he swooned on despite my admission- an act leading to his inevitable marriage proposal. Although I found him sweet and appreciated his bravery, his was no less than 55 years old and possessed about 3 teeth. Now, don’t immediately discount me as shallow. My greatest reason for declining is I imagined me having to take care of both of us. I’m almost positive he didn’t have a residence and, I don’t know, I just can’t support someone who sits at a bus stop for long periods of time and is not waiting for a bus. I like strange, but that is on a whole other level of misunderstanding. 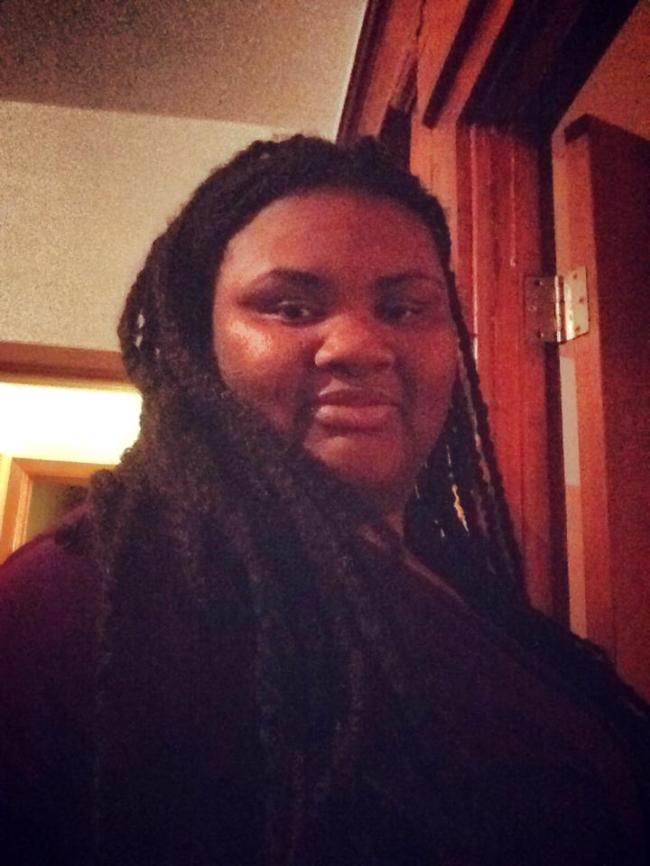 The freshest “romantic” encounter comes to us courtesy of HEB in Hancock Center. You will find, as I did recently, that many of my stories start with “Well, I was at HEB and…” For my non-Texas residents, HEB is a grocery store. But in places like Austin, it becomes an experience. You can spend the afternoon with your family at some of the HEB locations. No joke. They have a cafe with live music. Welcome to Austin. Anyway, Leah (mi morenita) suggested that we sit in their cafe area so I could say my goodbyes to her BFF. Of all the places to meet, Leah,…a grocery store. I went along with it. It was close and I didn’t need to spend money. I catch up with the ladies as they are checking out. There is an assumed African American male standing behind them but I ignore him. It’s 10 pm. I’m not trying to talk to anybody I don’t know at this point. So, as always, I say something to Leah in Spanish and the guy stares at me. Nothing new. Texans still don’t know Black people speak Spanish. But alas, he starts speaking to me in Spanish. Wait, what? Yeah, I’m a hypocrite. Sue me. So within 1 minute I find out he is from The Bronx via Puerto Rico. Now y’all know I was all over that. An AfroLatino guy who is above the age of 30?! Yup. I ended up getting his number and told him I’d contact him about some business. I texted him the next day and he got really comfy really fast. Now, bro was sporting 2 tear tattoos on his face when we met,which, according to Leah, could mean either he was a redeemed soul who’d come to Texas to start a new and beautiful Christian life (possibly with me) or things were gonna escalate quickly… and not in a good way. I gave him the benefit of the doubt. Your standards lower themselves (you have no control over this process) when you get to a certain age. It’s true. You may still be in denial. I’m aware. Plus he was tall, thug sexy (my career path has had a negative impact on me), and spoke Spanish. When I found out the position of the tattoos meant he hadn’t killed anyone, all was well… or so I thought. To make a long story short, here’s what happened: he said he had a dream about me but didn’t want to share because it was dirty; he mentioned the dream the next day so I said JUST TELL ME; he tells me that I performed oral sex in the parking lot at HEB; I tell him I’ve NEVER done that in life; he conveniently loses my number; I invited him to church. Still waiting on his visit.

Here are my issues: (1) You having a suggestive dream isn’t bad. We are sexual creatures. However, the act wasn’t reciprocal. That made me salty. How is it that I don’t even get lucky in someone ELSE’S dream. That’s not right. (2) Did you tell me this dream because you were hoping I’d make it a reality? Sir, for one, I’m not as young as you thought. You let the UT hoodie fool you. I was cold and that was a gift. Number B: I am a germaphobe. Something you’ve inhaled apparently destroyed every reasoning brain cell you have because there ain’t no way I’m touching a stranger’s reproductive organs with any part of me. I’d have to set myself on fire to get rid of the Ebola germs you’re probably carrying. I’m not willing to torch myself for your pleasure. Call me selfish, call me a prude. You from NYC, son. Ain’t no telling what you are hosting. I’m not willing to find out either. (C) The parking lot at HEB?! Really?! No date, nothing. Just went to the very not private parking lot, huh. Boy bye. You better be glad my daddy is dead. He would have shot you. 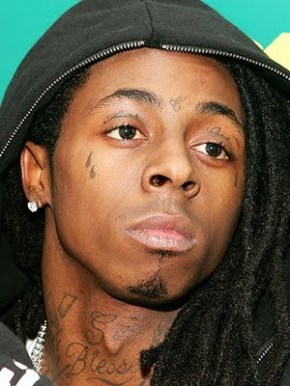 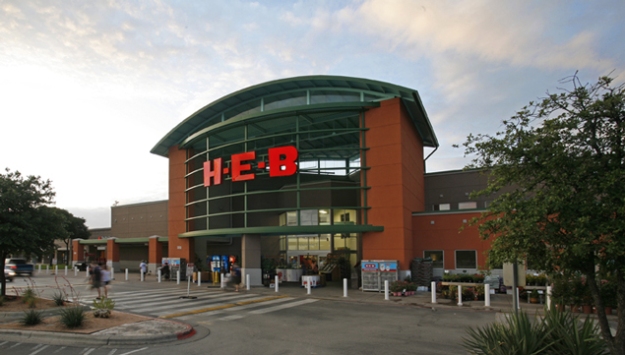 What else is going on? Oh, my soror wrote a book! It’s called Where Love Has Been by Shenise L. Sampson. She has me tearing up with this storyline. That’s going to have to stop. I am SOOOOOOOO proud of her though. She’s inspiring me. I’ve thought about writing a book for some time, but I let the idea fizz because that means I’d actually have to write it. I don’t like working on extended projects, especially when it comes to writing. If I can’t finish it in one sitting I’m over it. That mentality needs to change like yesterday because I plan on getting a PhD. You don’t finish a dissertation in a few hours. I feel like Someone is telling me I need to work on my endurance. I don’t endure well when it comes to things concerning my personal life. I can endure for others, fight for others. In a way I feel as if I’ve given up on myself because things don’t look anything like what I imagined in my youth. Thank God for the visionaries around me though. They can see where I’m going and help guide me through this swamp fog. Swamp fog is scary. Stuff jumps out at you when the fog is coming off the swamp. That’s how people get eaten by alligators, I imagine. My point is I’m going to write books. 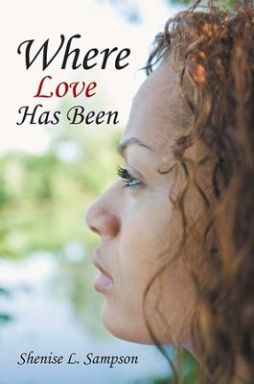 Well it’s about that time. Time to get to work. If I’m not asleep, you’ll get a double feature because tomorrow we have another SNOW DAY! In Texas that means it’s going to sleet and if anyone drives there will be 560,321,745 accidents on I-35. Until then, stay warm my friends. 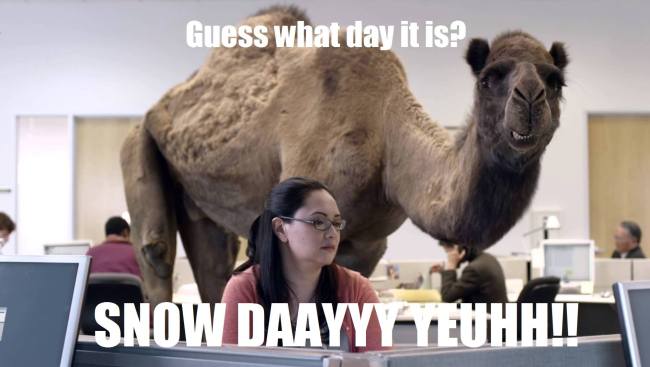